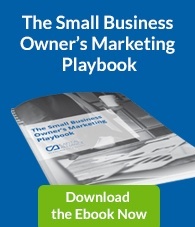 How Do Construction Loans Work?

It doesn’t take a rocket scientist to tell you that building a house is an expensive undertaking. Whether you’re building the home of your dreams or helping someone build his or hers, you need a lot of capital in order to do the job to the best of your ability.

Many construction companies—especially those starting out—simply don’t have the cash reserves to throw down tens of thousands or even hundreds of thousands of dollars to finance a project out of pocket. But homes still need to be built. So they look to outside sources for financing in the form of construction loans.

Construction loans are short-term financial vehicles given to fund new homes. Usually lasting between nine and 12 months, construction loans act like large lines of credit that exist to ensure homes are built. Once construction wraps up, homebuyers generally close out the loans by converting their balances to 30-year mortgages

When the housing market was thriving, it was almost as if banks couldn’t sign off on construction loans fast enough. Build a house and someone would buy it, so the thinking went at the time. Builders and banks alike would profit, and homeowners would be happy to move into a new home. A win-win for everyone.

But the bubble eventually popped, and many builders went bankrupt—which made many banks lose quite a lot of cash. Whereas 1.7 million new single-family homes were built in 2005, only 622,000 were built in 2008. As a result of the stale and risky market, many banks were forced to rein in their lending to both firms and individuals looking to finance new commercial buildings or home construction.

As the economy continues to rebound, however, the demand for new homes and buildings has steadily increased. According to the Census Bureau, 648,000 single-family homes were built in 2015.

Despite that, banks have generally remained stingy when it comes to issuing construction loans.

In addition to the fact that there’s a much greater chance that non-bank lenders will approve construction loans in the first place, small-business owners and soon-to-be homeowners stand to benefit from the fact that these lenders:

You need money to build the best homes and commercial properties possible. If you’re short on cash, don’t hesitate to apply for a construction loan from an alternative lender today. You’ll get the money you need to finish your project right away. You’ll be breaking ground in no time.